Have you watched or attended a dragon boat race before? Have you wondered how you can celebrate the Dragon Boat Festival with your kids at home?

In this post, I’m going to show you the best ways to celebrate the Dragon Boat Festival with your kids.

And the best thing is you don’t need to live close to a Chinatown or know Chinese. Anyone can celebrate the Dragon Boat Festival and learn a little Chinese history. 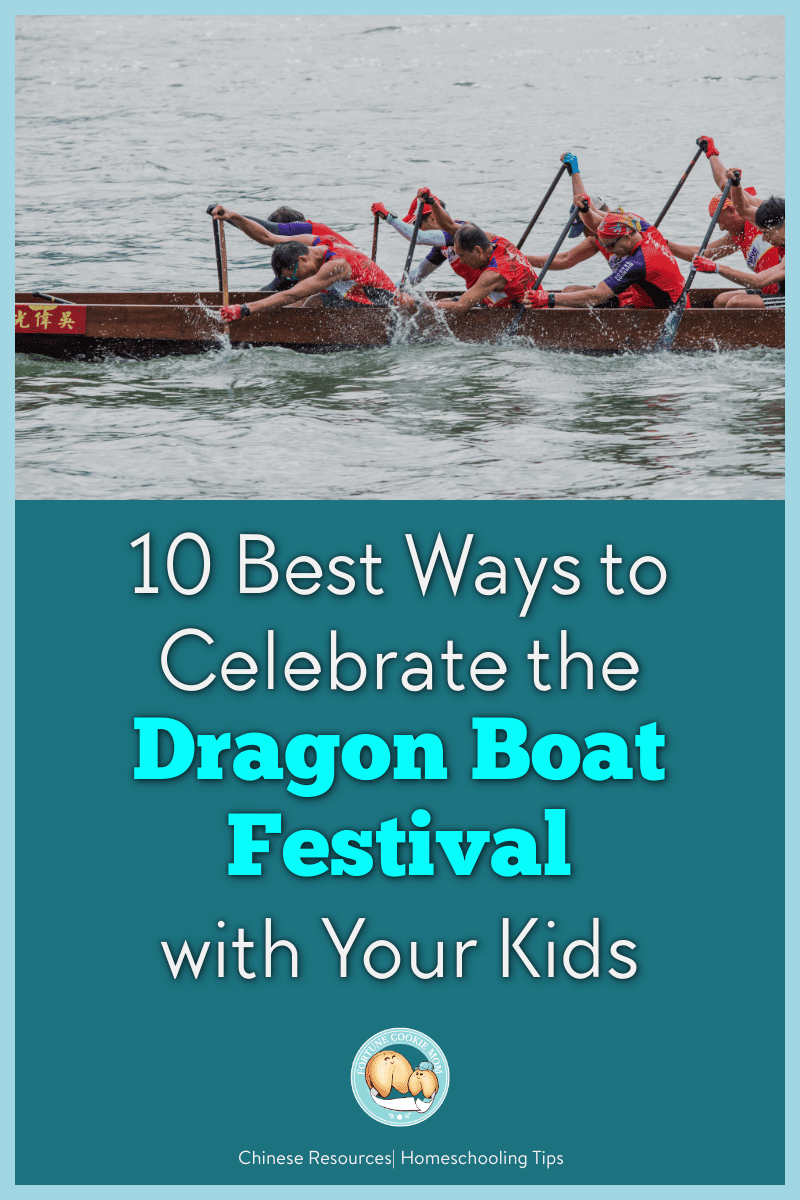 The post contains affiliate links, which means I may receive a small commission, at no cost to you. If you make a purchase through a link. See the Disclosure for more details.

In addition to the Chinese New Year and Mid-Autumn Festival, the Dragon Boat Festival is another big traditional festival that the Chinese celebrate.

The Chinese believe that summer comes after this festival, and the highlights of the festival are the dragon boat races. I especially love that this festival is based on several real, historical stories and not a myth.

Our Experience with the Dragon Boat Festival

Since the Dragon Boat Festival is one of the most important festivals that counts as a public holiday in Hong Kong, I want to take advantage of that and introduce it to my kids while we were in Hong Kong.

We were fortunate to live close by one of the Dragon Boat Race rivers, so of course, we were taking our kids to watch the race.

You will see all the photos that we took in the Dragon Boat Race in 2018. We even got to met a celebrity as well.

My kids loved the environment with the sound of drums, people cheering, and of course the race.

After watching the Dragon Boat Race, we went home and had our homemade rice dumplings for lunch before nap.

A lot of families will go for a “Dragon Boat” swim, but we couldn’t. With four young children, we all had no strength, but rather spend the holiday at home.

How about you? Have you watched any Dragon Boat Race before? What’s your experienced at this festival?

What is the Dragon Boat Festival?

Dragon Boat Festival is also known as Tuen Ng Festival  (端午節/端午节/duān wǔ jié /dyun1 ng5 zit3). This festival is celebrated on the fifth day of the fifth month of the Chinese calendar. It is another traditional Chinese festival with its own historical stories, food, and activities. 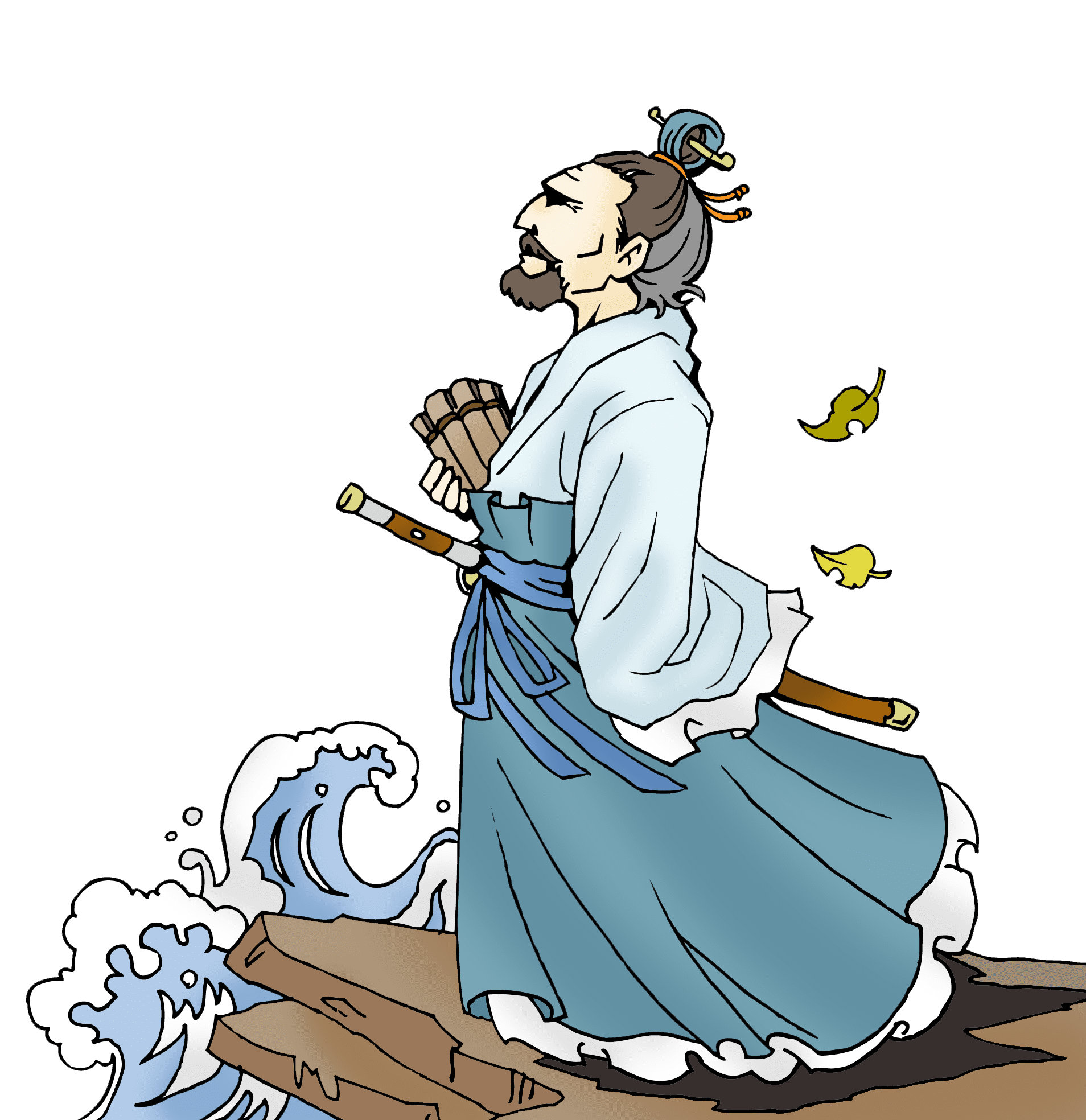 A long time ago, in the ancient state of Chu during the Warring States period of the Zhou Dynasty of China (c. 340–278 BC), there was a famous poet and a royal minister who loved his country.

During his ministry, the king decided not to listen to Qu Yuan and to trust and ally himself with the opposing force.

As a result, Qu Yuan was exiled from his own country. At the end, when Qu Yuan heard about the attack on his country and the death of the king, he was so heartbroken that he committed suicide by drowning himself in a river.

After the news of Qu Yuan’s death was spread, the local people who admired Qu Yan so much wanted to retrieve his body by boat. They also made sticky rice balls and dropped them in the river, so the fish would eat the rice balls and not Qu Yuan’s body. They also played drums to scare the fish away.

While this is a sad, patriotic story from ancient China, the cultural importance was so great that it became a Chinese festival that is celebrated every year because it represents several values: honor, loyalty, dragon, food, and honoring the dead.

10 Best Ways to Celebrate Dragon Boat Festival with Your Kids

Growing up, my parents never took me to watch any actual dragon boat races, but we watched the races on TV. My mom would also prepare some congee with rice dumplings for lunch.  Sometimes, we went swimming as a family to celebrate the coming summer. I also learned about the story of Qu Yuan and his poetry in high school, but that’s about it.

Now that I am a homeschooling mom, I want to introduce the dragon boat races, the rice dumplings, and the moving story of Qu Yuan to my own kids.

I created a 5-day Dragon Boat Festival Lesson Plan for my kids and I want to share it with you too. I hope we can all teach and immerse the Chinese culture at our home.

So I have included some of the activities from the 5-day Dragon Boat Festival Lesson Plan in the following activities.

Hope you will enjoy it. 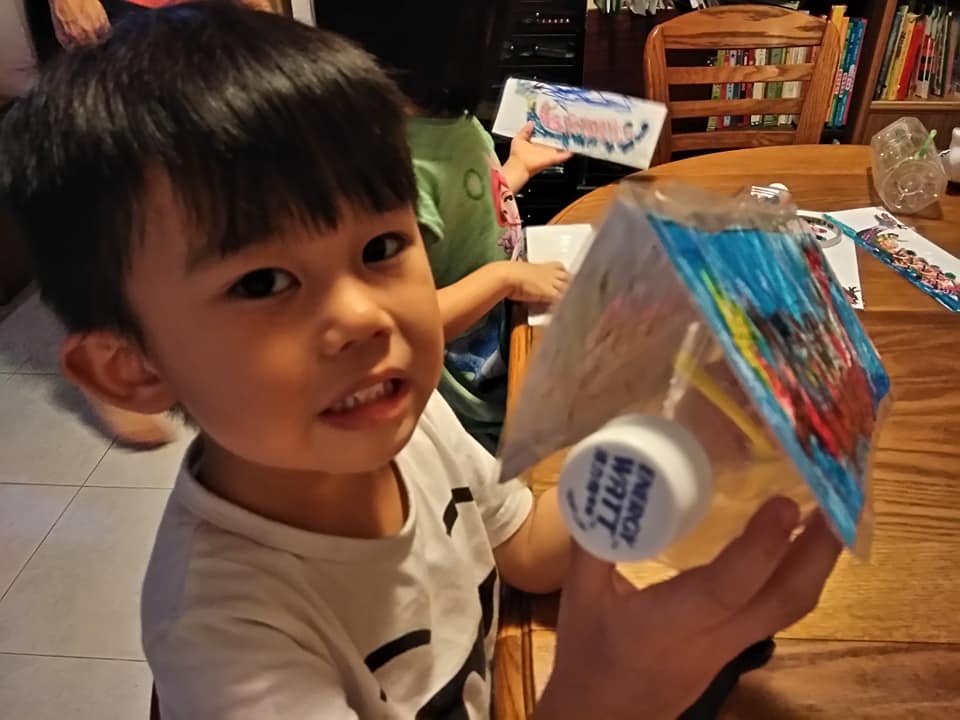 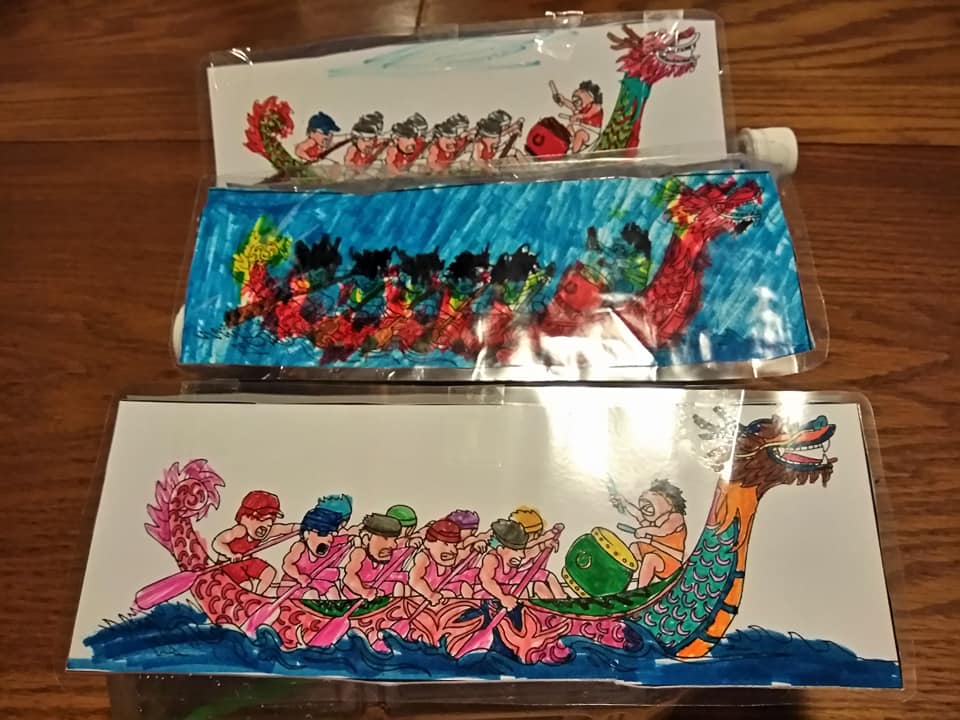 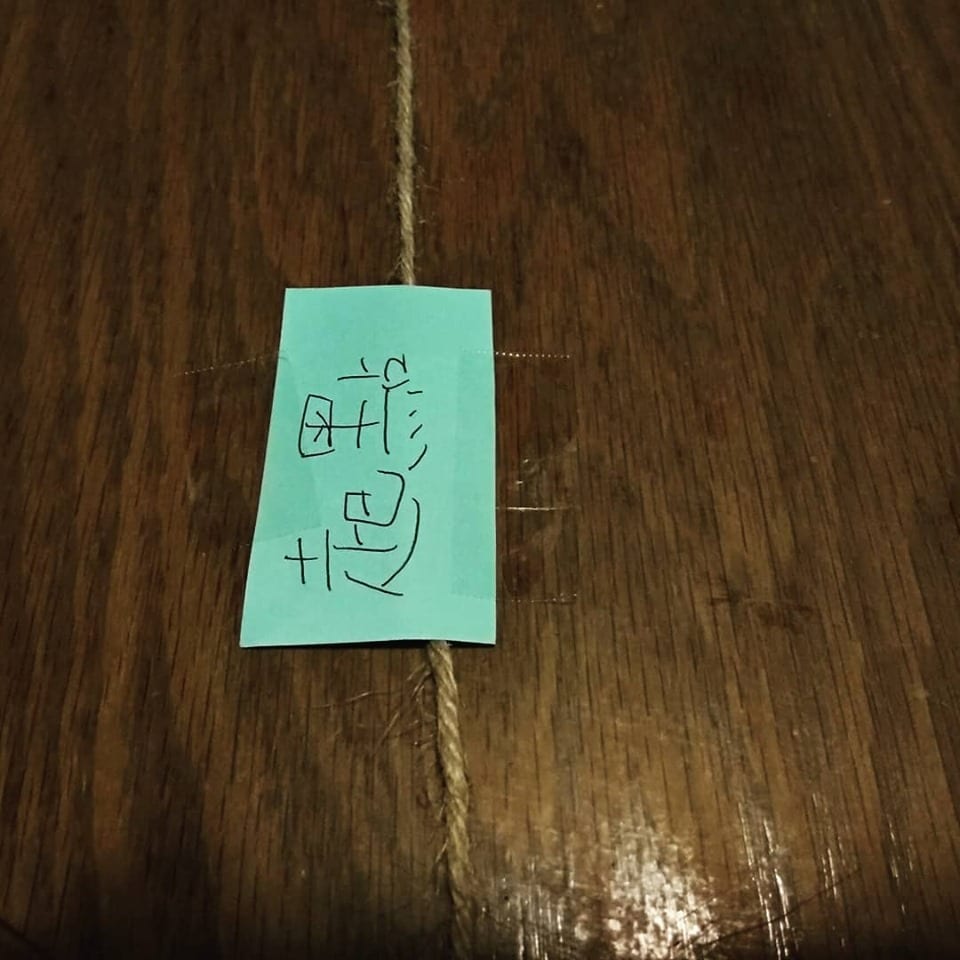 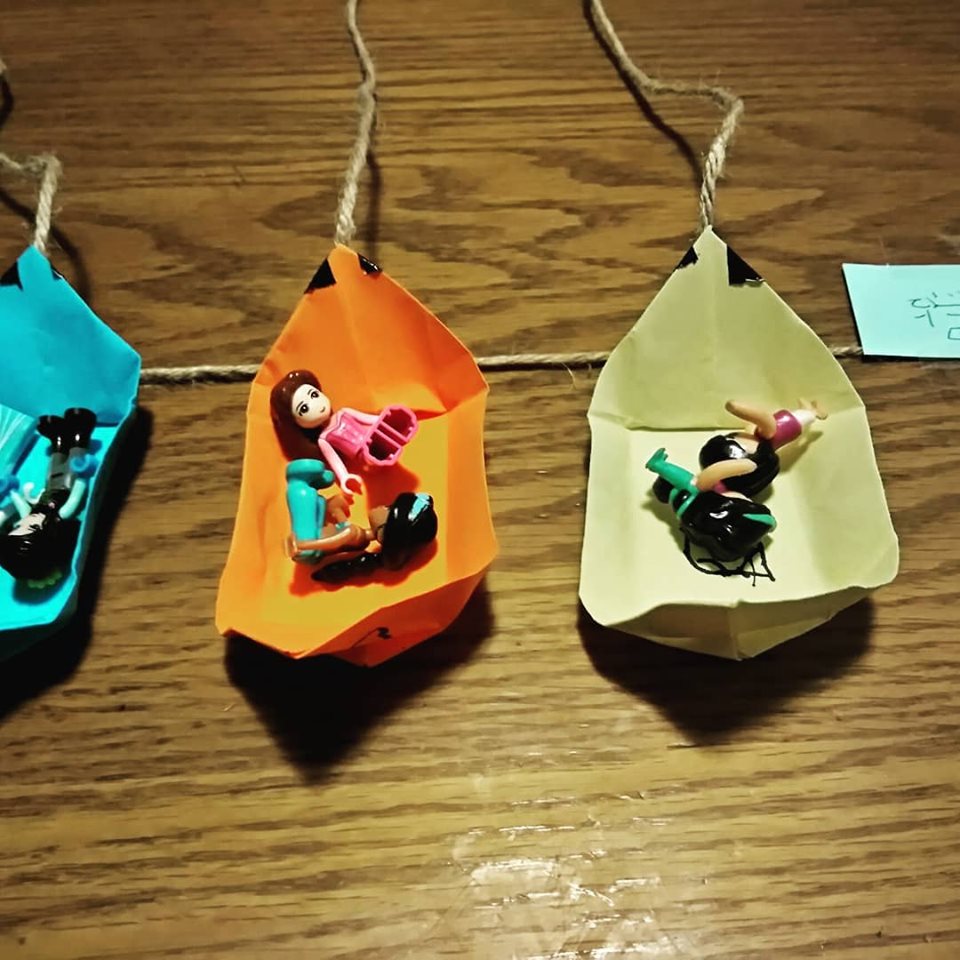 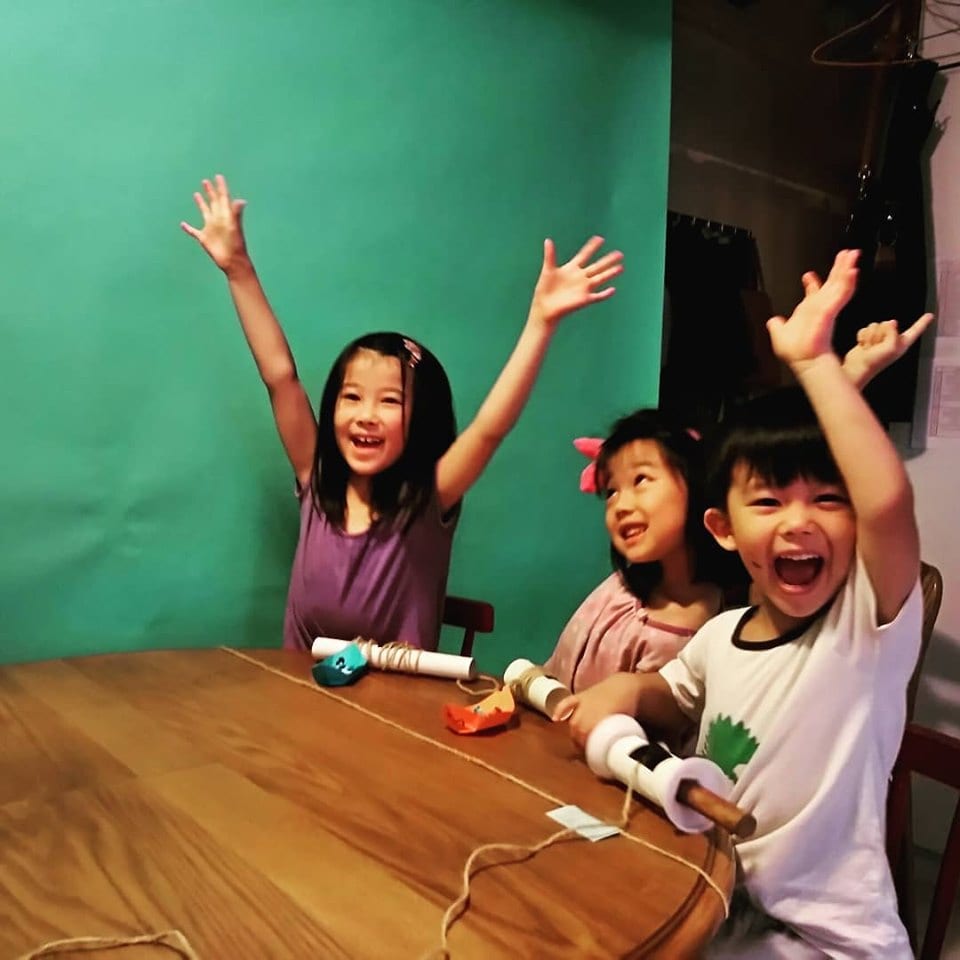 3. Read stories and Play Game about the Dragon Boat Festival

You can get these the Dragon Boat Festival Chinese Boardgame from my 5-Day Lesson Plan.

You can easily find printables and worksheets for the Chinese New Year, but not many for the Dragon Boat Festival.

If you like the theme packs idea, here is a blog post for you to look into even more of how I teach my kids Chinese with the theme-based approach. 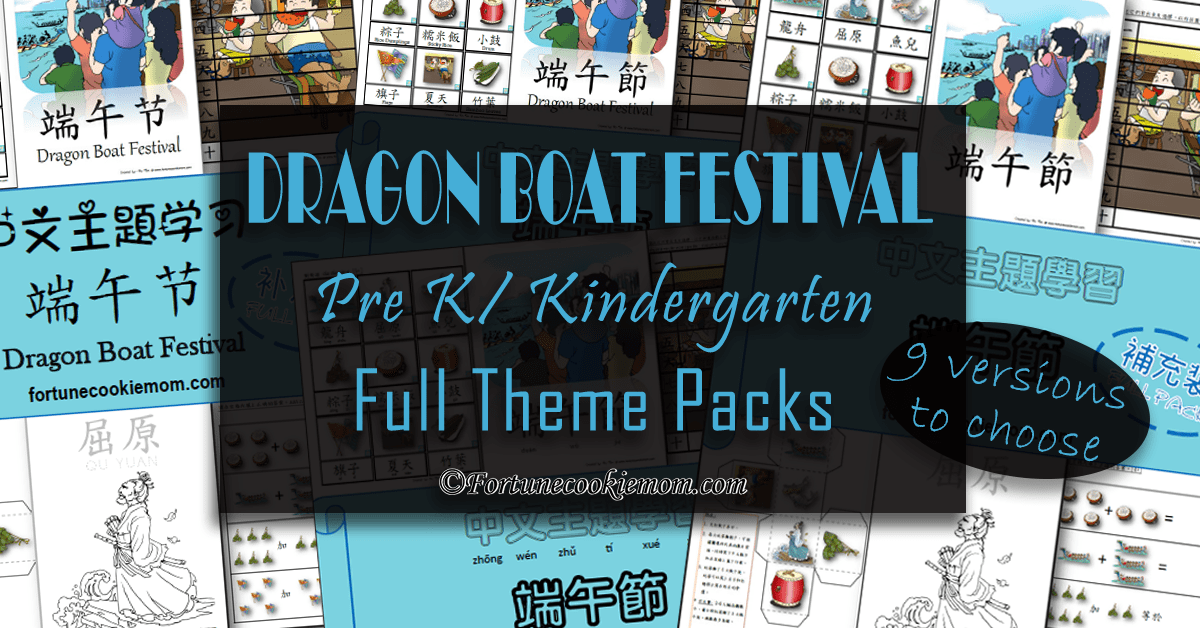 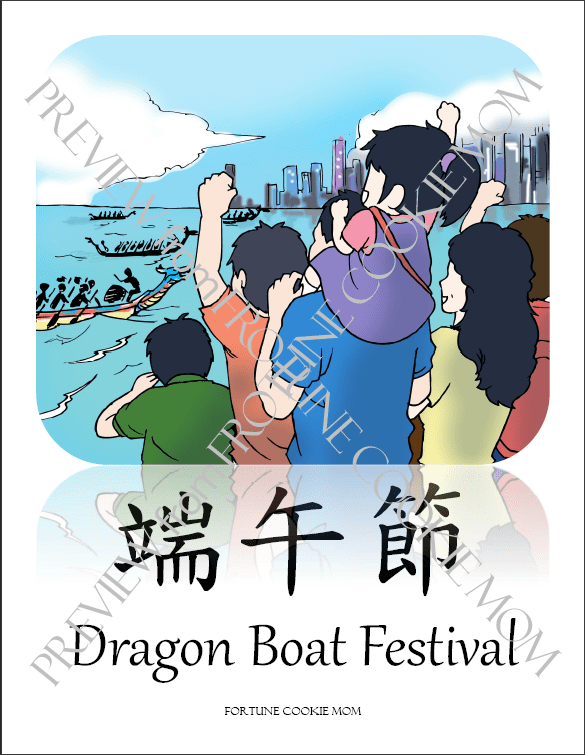 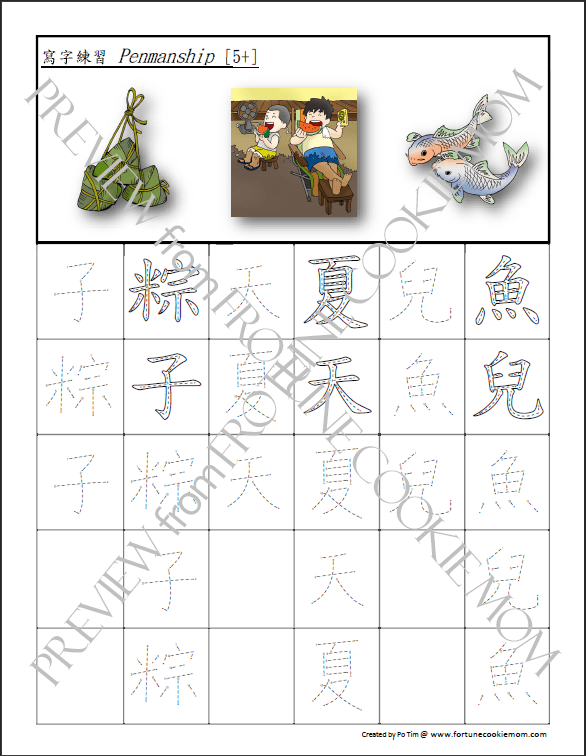 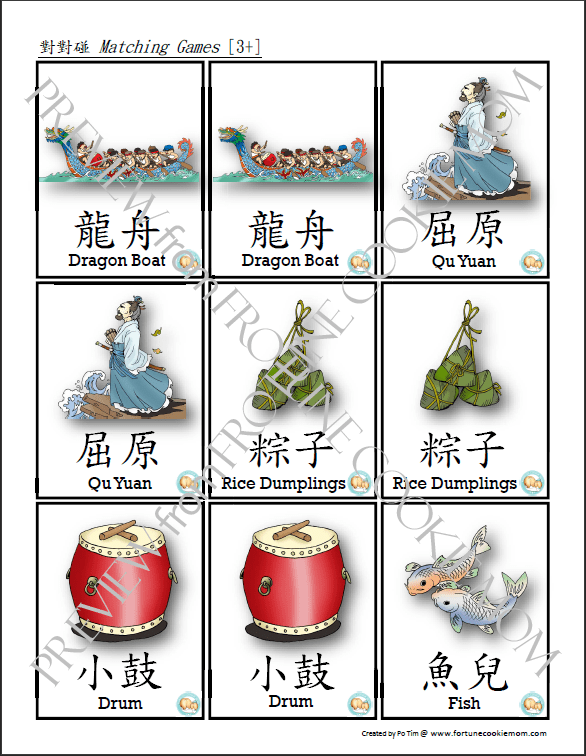 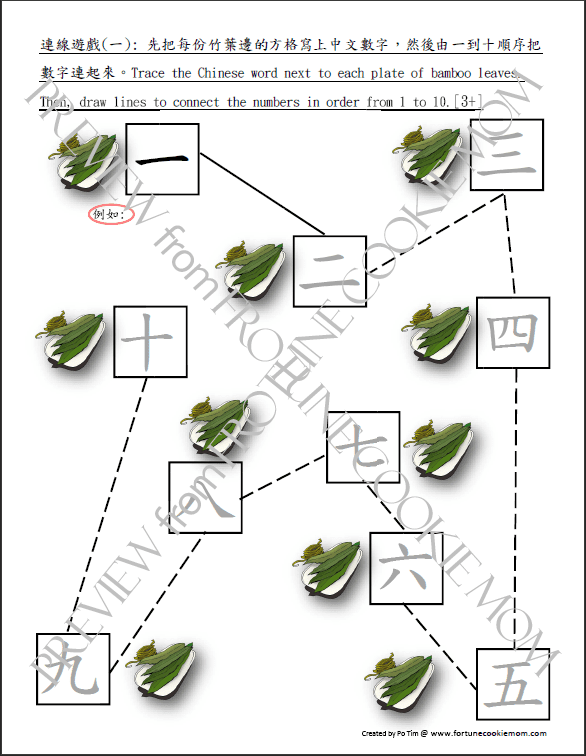 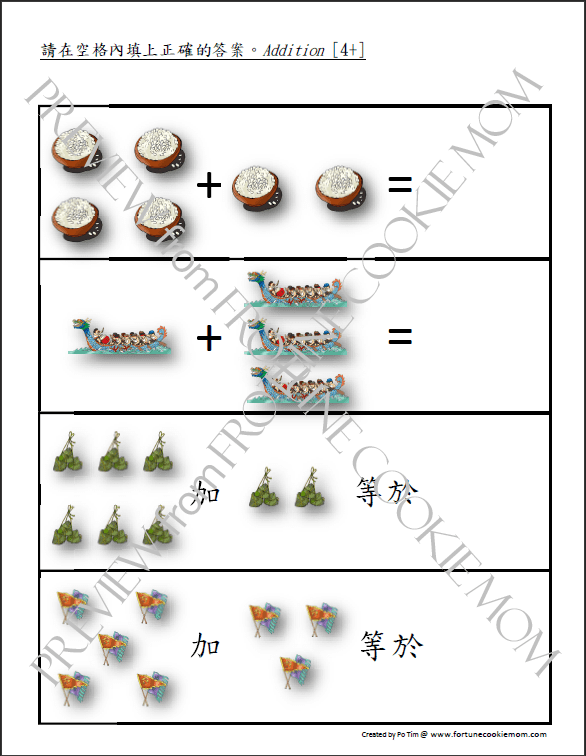 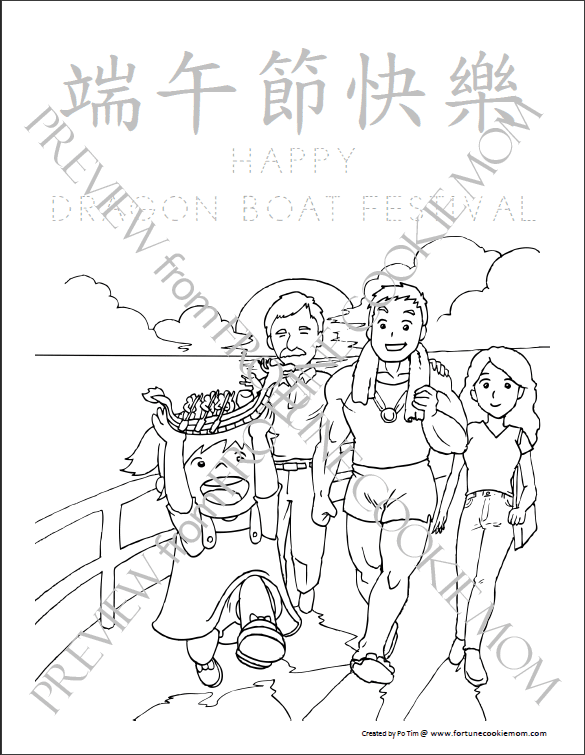 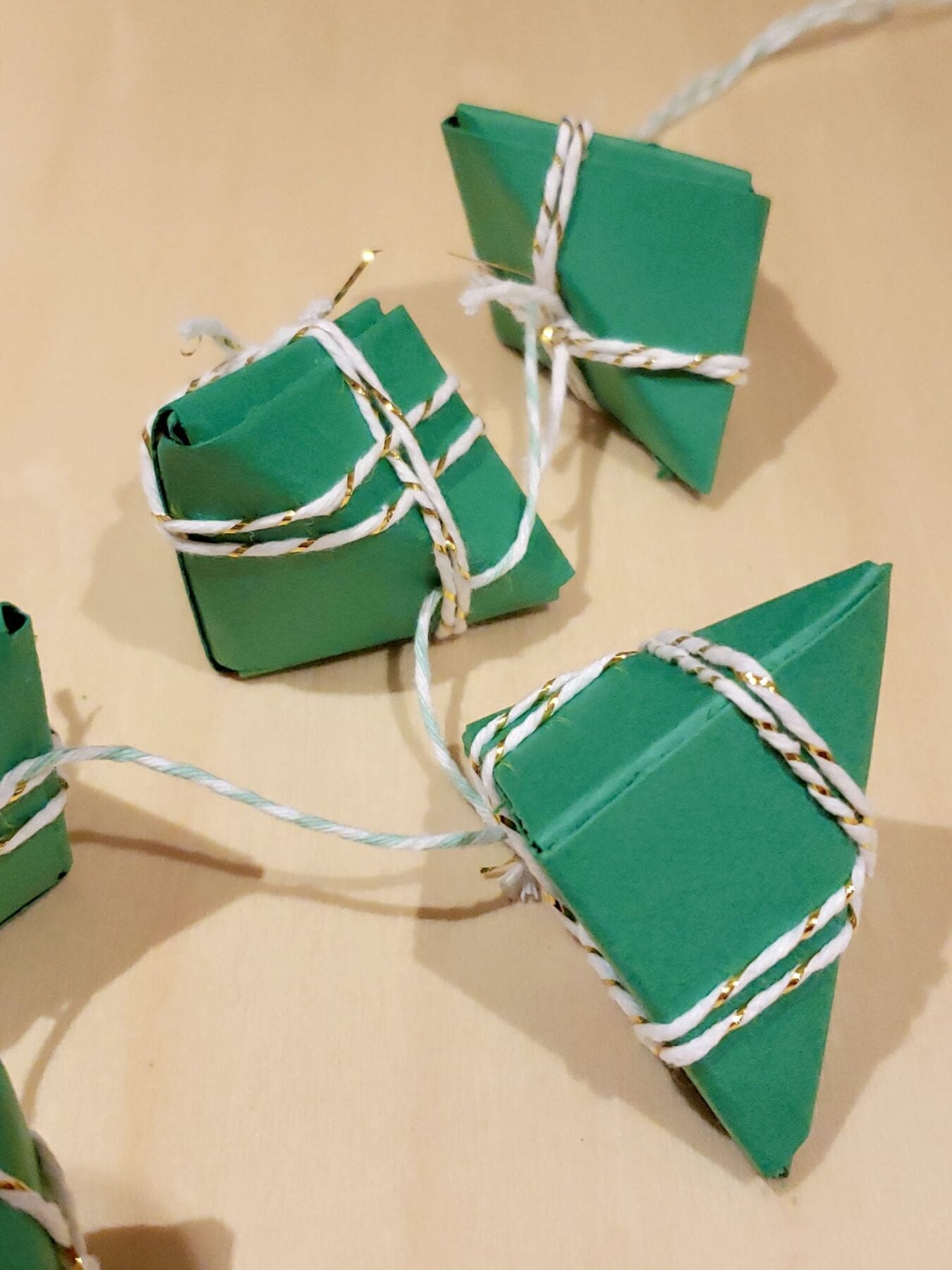 10. Watch Videos to Learn more About the Dragon Boat Festival

Do you have any other suggestions for this list?

Which activities work best for you and your family? 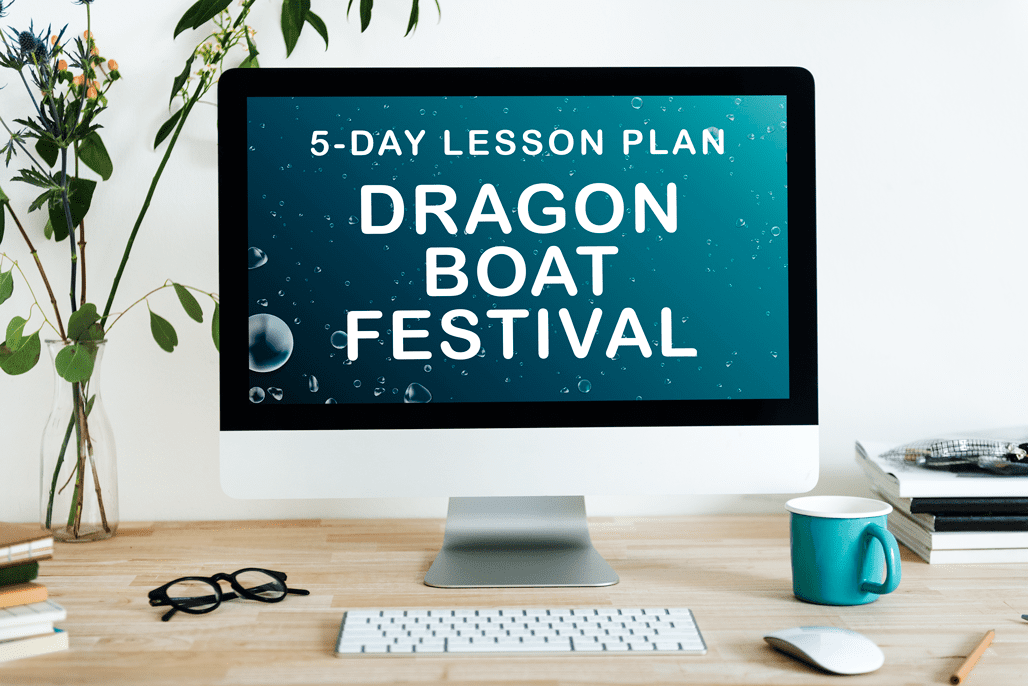 I have created a 5-Day Lesson Plan for this traditional festival, and I would like to share it with you.

You are Going to Get:

Let Hear What Others Say

He was very interested in making the boat and learning more about the holiday. So yes it helped add to his motivation and also gave him a break from his regular Chinese studies.

It was a fun change of pace and helped to reignite my kids’ desire to learn Chinese. The dragons were so fun for my boys. The hands-on activities were very engaging. We are very grateful we found it.

I am a homeschool mom of three little kids. We are not Chinese and do not speak any Chinese. With the help of Fortune Cookie Mom, we are slowly learning! This lesson plan has given me fun activities to do at home with the kids. Each one has reignited my kid’s interest in learning. It has been a fun experience for everybody!

Chinese Cultural Activities with Your Kids

All about Homeschooling/ Teaching Chinese

You Are Not Doing it Alone

Join my Facebook support group to meet and get connections with parents and educators with the same goals. 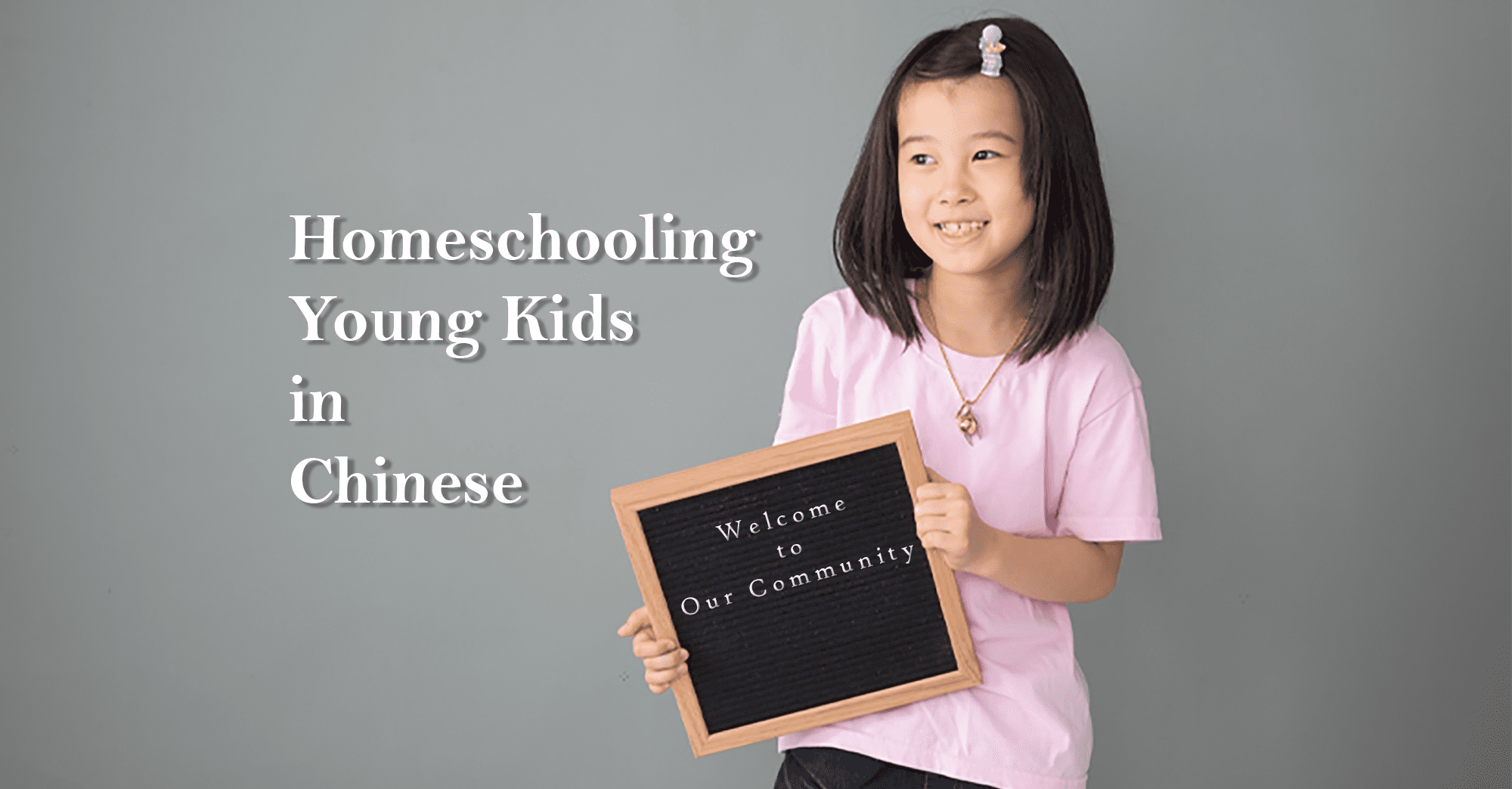 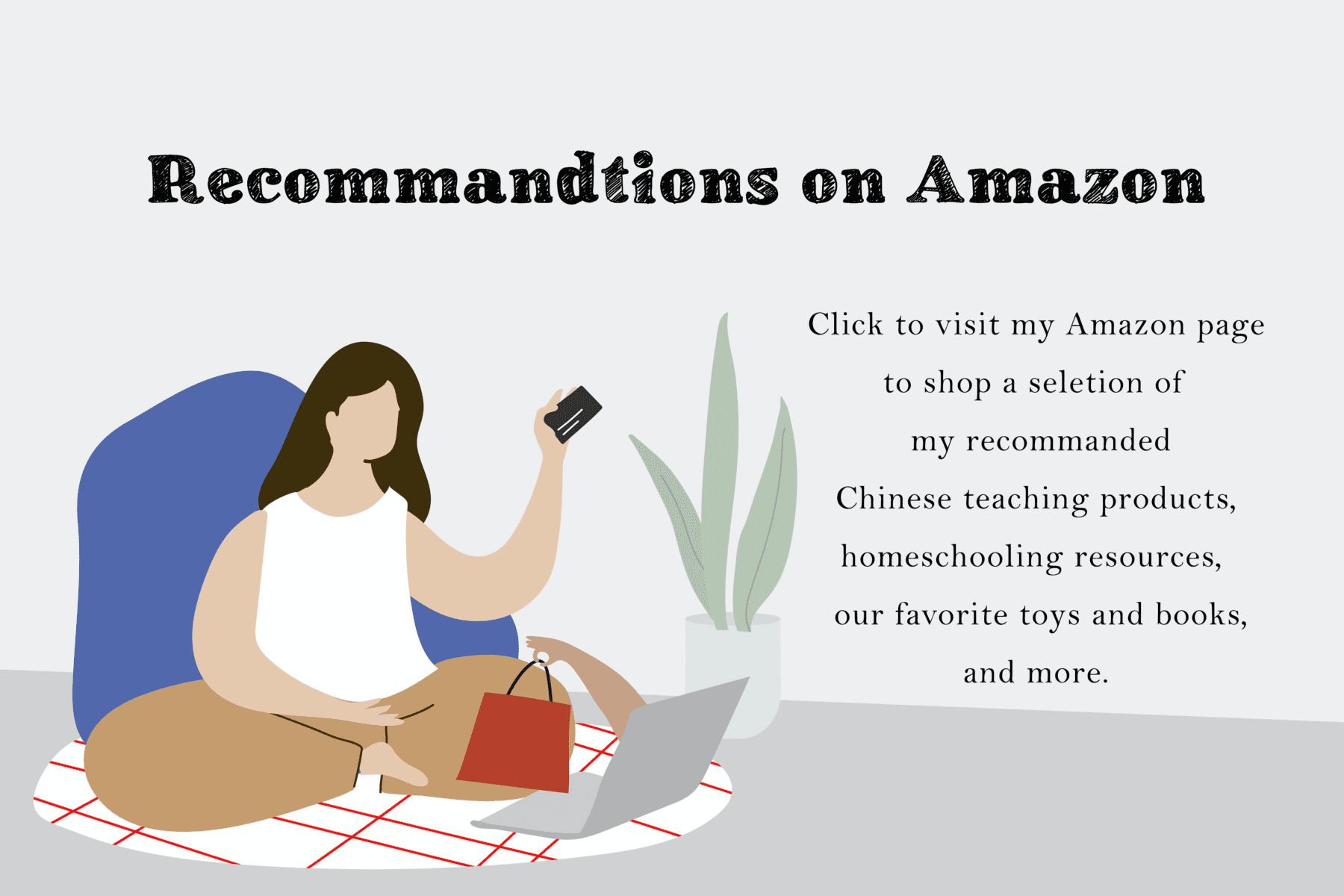 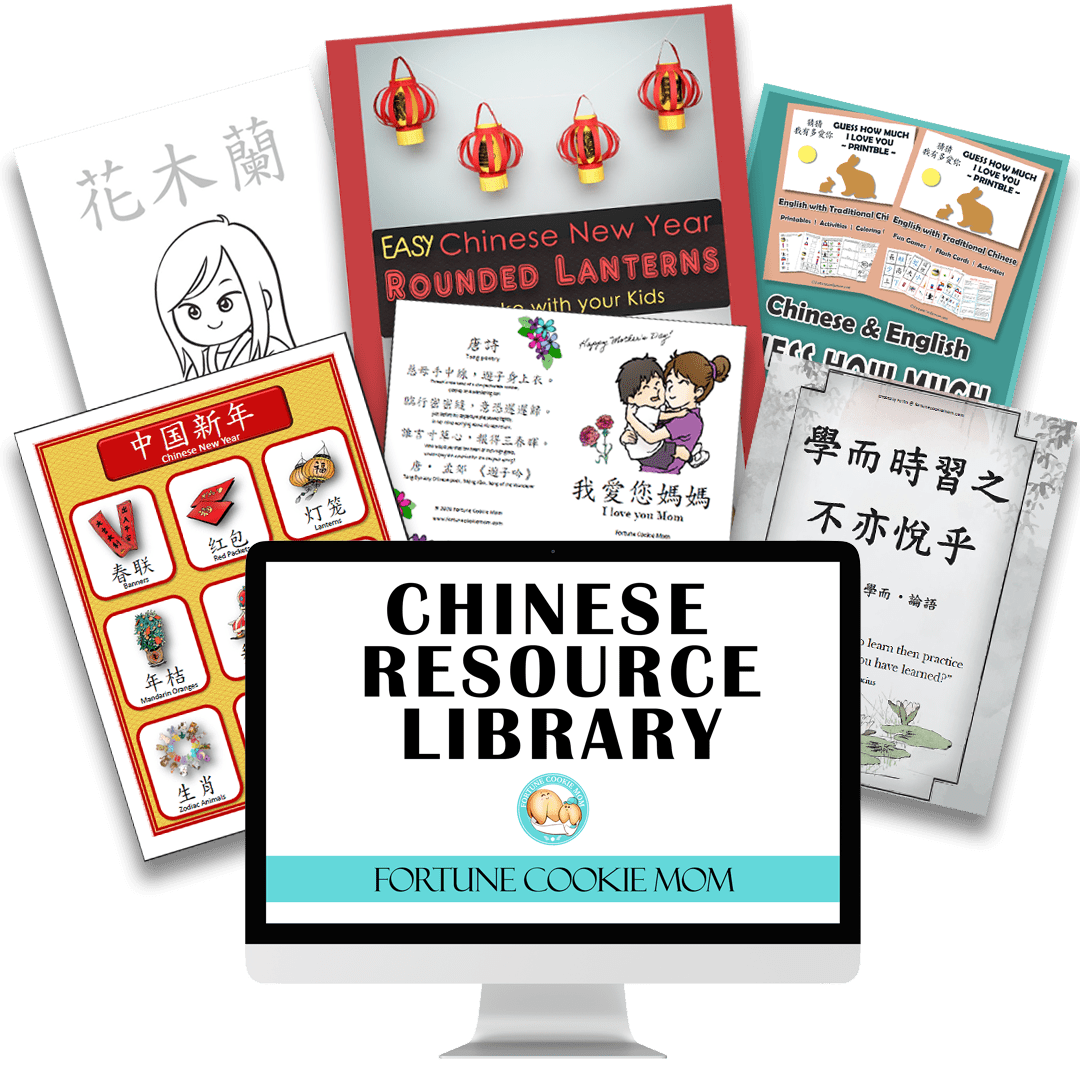 This is the second 5-Day Challenge that we have done with Fortune Cookie Mom. Both have been very beneficial to our family. I am a homeschool mom of three little kids. We are not Chinese and do not speak any Chinese. With the help of Fortune Cookie Mom, we are slowly learning! The challenges have given me fun activities to do at home with the kids. Each one has reignited my kid's interest in learning. It has been a fun experience for everybody!